The Sun Netra T1 is a "telco" grade server, so in short noisy and built like a tank.

I've got a very simple circuit that will reduce the voltage delivered to the fans. It will also pass though RPM status for one of the fans. I've used this circuit in some of my other servers, I know its safe and effective and simple some of my servers have been on-line upwards of 200 days as of now.

The circuit is based around one voltage regulator in our case the 780x series (where x is the output voltage) For this particular circuit I went for a 7808, as a 7805 would not spin the fans also 7808 passes my noise test.

We don't want to slow the fans down so much that they are useless, just enough so they ipass my noise test.

Below are three images of  what I''ve made.  I really need to make my own PCB's the current prototype board method is ugly as. 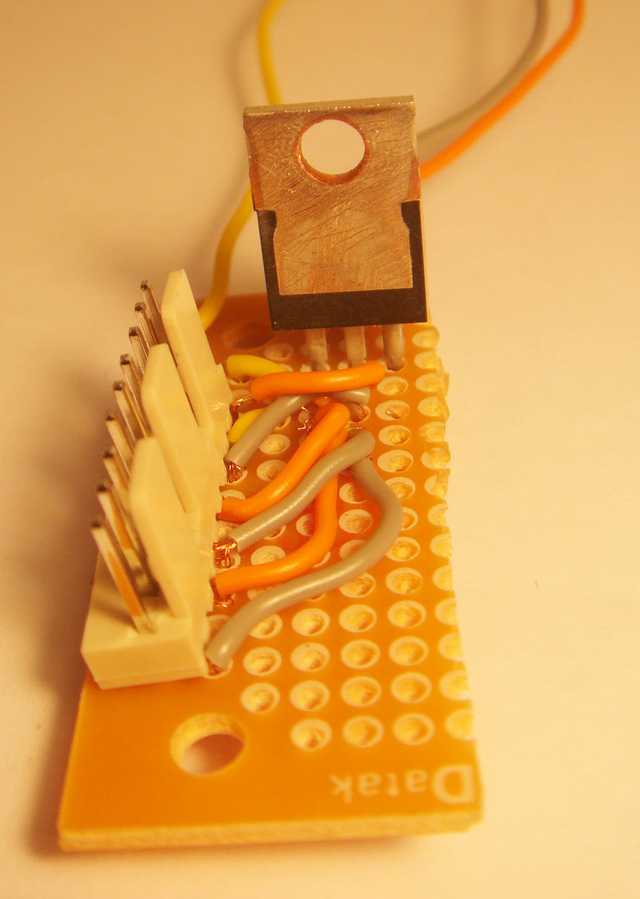 When the above is placed into the T1 I place it into a little box to make sure it won't short out. I also attach the only RPM feed to the cpu/memory fan so that if it fails the whole three fans according to the LOM will fail causing a system shutdown. In a perfect world we'd love to have RPM feedback for all three but i am lazy and this works fine.

I was worried that the T1 also checked for voltage drop on the 12v fan line. Nope it just wants to see the RPM feed keep it simple  (how odd for sun!)

I am quite sure this will drop the system life by some amount. I also don't care, I know it won't effect it much.

Next we will attack the PSU.