I recently got hold of a Sun T5120 system.
Nice 1ru Sun UltraSparc T2 system. However like most 1ru systems they are quite noisy.
Solaris supports ways to slow the fan speeds down via the OS. Apparently there is a PROM update that allows some fan speed settings but since Oracle no longer let you freely download PROM's that is no longer a choice for most people.
Linux has no way currently to control the fan speed, so we are left with a hardware mod.

I want to drop the voltage on all the fans in my T5120 to reduce the noise.
Not too low however, 1ru boxes still need a fair bit of airflow. Also by reducing the fan speed the pitch noise of the fan changes, to me this makes a lot of difference.

I have used 51ohm resistors below, but you could use a higher value resistor to drop more voltage. Take care and watch the associated temps when making the changes.
By using 51ohm resistors the fan's voltage was reduced to 10v when operating normally.

Taking out the system fan's is quite simple, open the front hatch and pull them out. You will then see a little screw in the middle of the fan. This and the tape at the top of the fan is what holds the fan module together. Unscrew this and gently pull away the sticky label.

You should now have two fans and the little PCB separated away from the plastic case.

Adding the resistor to the fans

It is the red colour wire on the opposite side of the PCB. You need to unsolder the wire connected to these points. 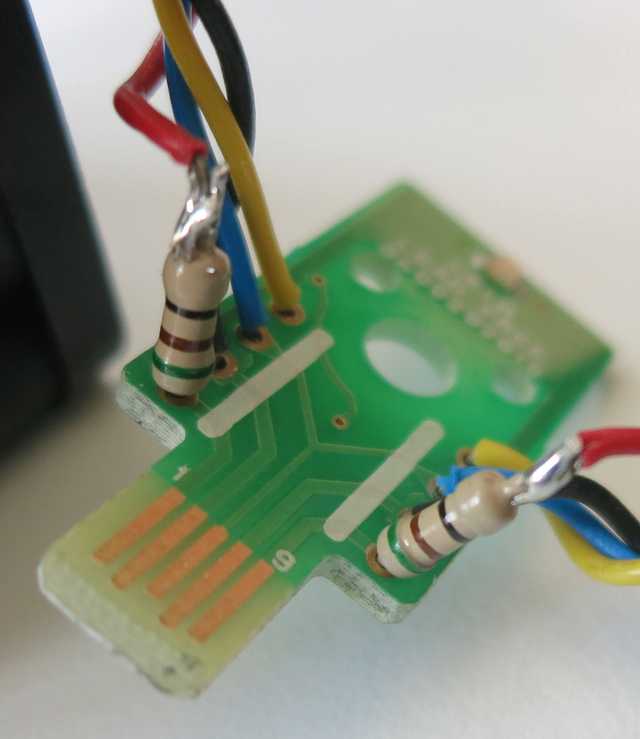 Do this for each side, and repeat for each fan module.
Once your done it should look something like this. 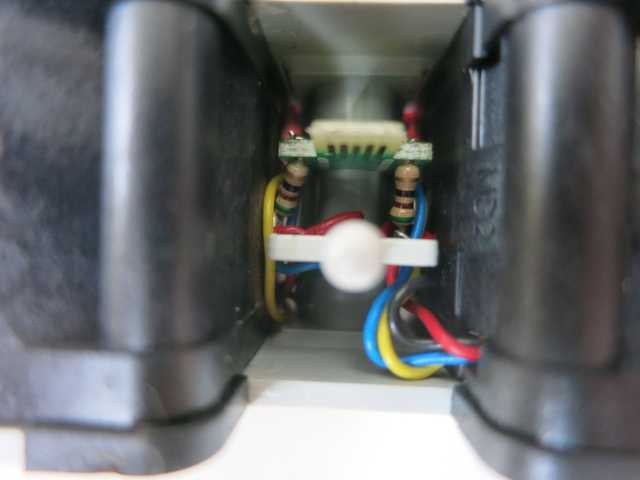 Re-install the fans. I would check the following

^ replace 'n' with the correct number.

Adding the resistor to the PSU

In addition to modding the fan in the PSU, I also removed the second PSU to reduce heat.
Remove the PSU, let it sit for 20+ minutes to discharge the capacitors.
I also used a 51ohm resistor in the PSU, voltage drops to around 10v also.

Unscrew all the screws in the PSU case, take off the metal cover. No need to take out the fan. Trace back the black insulated fan wire. Disconnect it from this point.

Strip back some of the black insulation (try keep as much intact as possible). Cut the red wire in half and solder the resistor between the two half's. Cover up with good quality electrical tape and wrap back with the insulation. I added extra tape over the insulation.
When done it should look like this. The resistor is located close to the plug end. 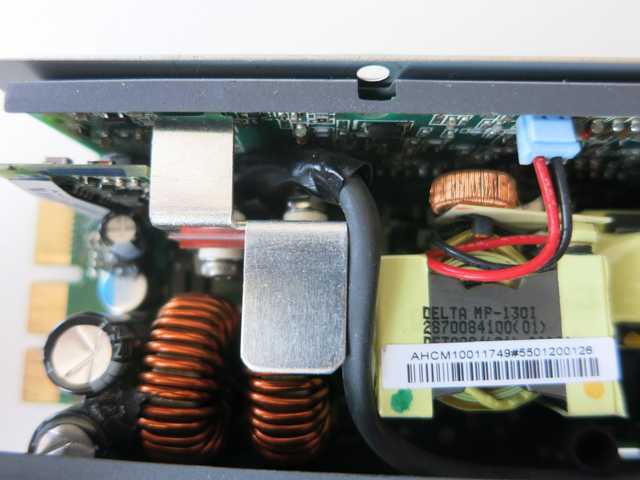 Replace the PSU. I would check the following